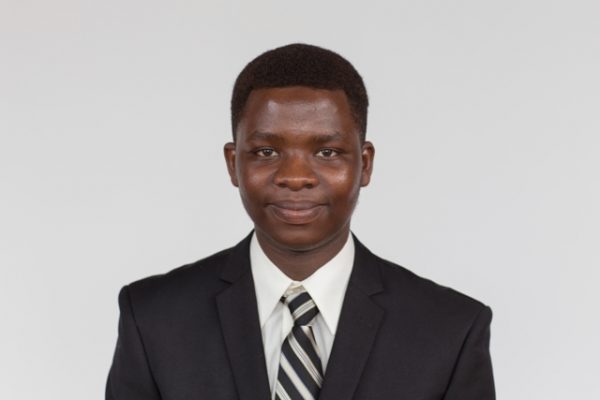 I have learned that Roger Williams was a remarkable man who, like me, lived in the spirit of his community and beliefs. He did not believe in separation, but instead he believed in freedom of religion and that individuals should be free to follow their own convictions, When I came to the United States as a refugee, my community helped me. I had the opportunity to learn American culture. After a year of improving my English, embracing the community values of Roger Williams, I began to give back. I volunteered at the Refugee Dream Center as an interpreter for the refugees because they could not speak English.

I showed them how to take the bus, teaching them how to know which bus to take to the market, for example. In addition, one of my family friends had children who were about to start school, but they did not know how to get there. Figuring I could help, I took the kids to the school and showed them around for the first day. They were ecstatic. I encouraged the family also to send their children to the refugee camp in the the summer so they could learn English. I went there as a volunteer to help refugees. I strongly believe that that’s what Roger Williams represented: promoting freedom, creating leaders in our communities, and loving each other. It is a value to me for life, and that is where I stand.

Night Jean Muhingabo is a student at Central High School in Providence and plans to study engineering in the fall.