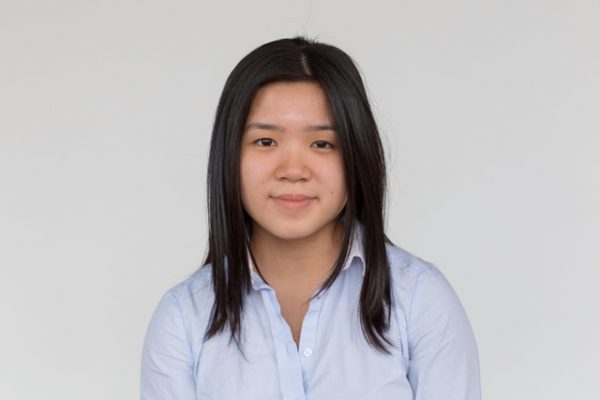 Roger Williams represented two leadership qualities that I aspire to embody: courage and conviction. He was not afraid to speak his mind, even against the highest seats of authority. He defended his principles and dared to defy society’s most entrenched beliefs. For Rhode Island and liberty, he was willing to sacrifice his former reputation and status. I hope I will be able to uphold my values as fervently as Williams did his. Most of all, I aspire to be as fearless he was—brave enough to challenge society, courageous enough to sacrifice what I have.

Ngan (Kim) Le, a senior at Mount Saint Charles in Woonsocket. Kim will e studying at Columbia University this fall.