At the end of King Philip’s War, in August 1676, Roger Williams led his fellow citizens of Providence as they sold a group of Native American captives into slavery. In so doing, he reversed course from his earlier position, as expressed in a 1637 letter to John Winthrop, that recommended against long-term enslavement. “Slavery” had not yet become the permanent form of servitude that it would evolve into, but this reversal reveals that there were limits to Rhode Island’s early idealism, made evident in the angry aftermath of the conflict. Like many Rhode Islanders, Roger had suffered grievously during the war, and seen his house and much of his city go up in smoke. But the Native Americans sustained an even deeper loss, as they saw a way of life disappear forever.

Listen to the narrated documents signed by Roger Williams and other citizens of Providence. 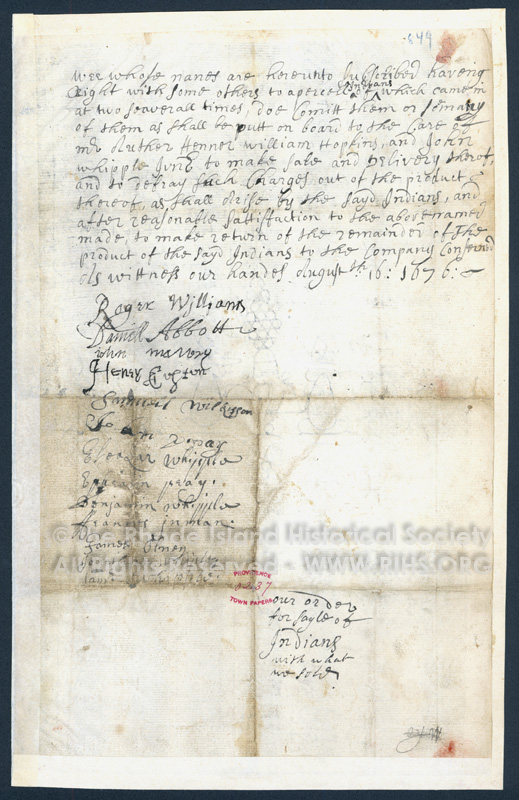 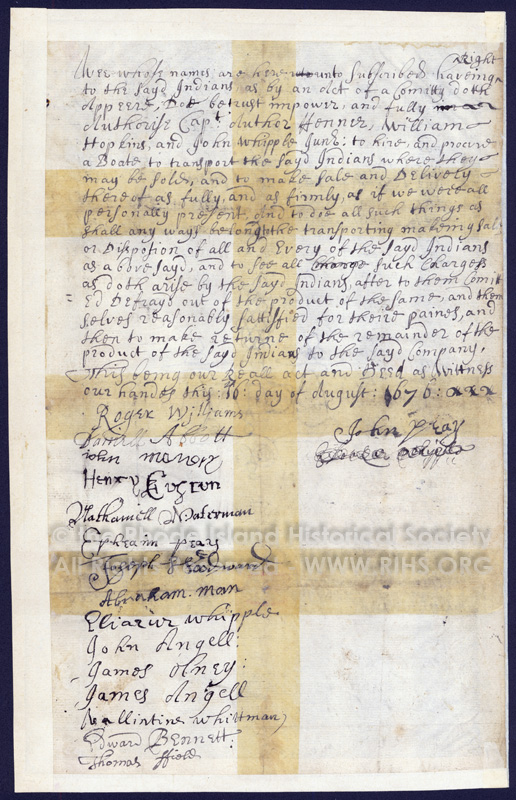