Near the end of his life, Roger Williams, Rhode Island founder and father of American religious freedom, scrawled an encrypted essay in the margins of a colonial-era book. For more than 300 years those shorthand notes remained indecipherable...until now.

In 2012, an exciting mystery, almost worthy of Harry Potter, was unraveled in the old collections of the John Carter Brown Library. I was the director of the JCB at the time. There was a fascinating old book in the collection, covered with a kind of chicken-scratch code-writing that no one could decipher. Legend linked it to Roger Williams, but we did not for sure. A team of undergraduates caught the scent, and pursued it farther than anyone every had. As Lucas Mason-Brown explains in a video on our site, math provided part of the answer. Lucas, a math major, studied carefully the number of times the symbols repeated themselves, and began to correlate them with letters that occur frequently in English – E, T and A especially. With this beginning, he and his team were able to break the code. The result was that we could suddenly read a new essay by Roger Williams (yes, he was the author) for the first time in more than three centuries. In this case, it was a lengthy argument over baptism, and whether it should be performed for infants, or, as Williams believed, for consenting adults. Once again, as he had done so often, Roger Williams was arguing that religion should be voluntary and not forced. 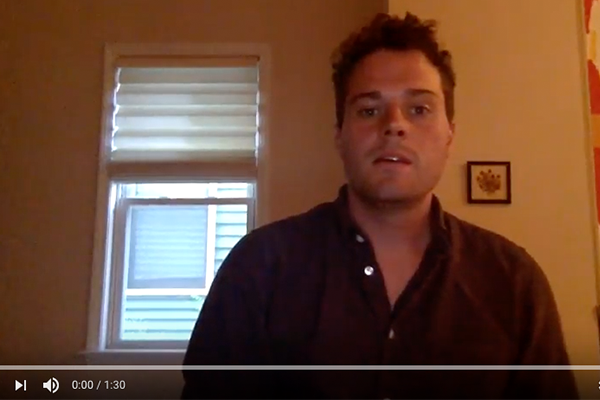 Try your hand at decoding the message by typing the characters using the keyboard to reveal the words or use the Shorthand Alphabet Key to decipher it.

NOTE: Use the 'delete' key on the virtual keyboard to delete letters

Now, see if you can use the shorthand code used by Roger Williams to answer the following: